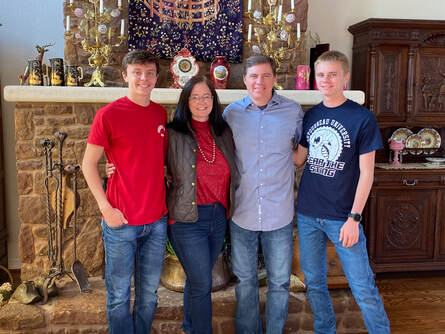 Kirk came to Clear Lake Bible Church in August of 2014.  Before moving his family back to Texas he served at Camp of the Woods, a Christian resort and retreat center in upstate New York. Kirk served there for three years as the Director of Staff Ministries and the LIFT Associate Director.  LIFT is a leadership and discipleship program that stands for Leaders In Further Training.  Prior to moving to New York, he served in church ministry for eight years as a Family Pastor and before that as a Children’s Pastor.  Kirk holds a Th.M. in pastoral ministries from Dallas Theological Seminary.

Kirk and his wife, Laura, met while attending Texas A&M University. Laura has served alongside Kirk in each of his ministry positions, teaching women’s Bible study, leading children’s worship, and most recently, mentoring the young women in the LIFT program.

Kirk and Laura have been married for 23 years and have two wonderful boys, Spencer (21) and Sean (19).  They enjoy spending time in the outdoors, playing Settlers of Catan, and watching Aggie football. 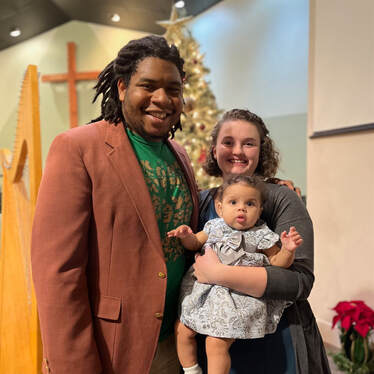 ​Drew came to Clear Lake Bible Church in September of 2017. Born and raised in Pittsburgh, PA, as well as in Nyack, NY, he grew watching his father lead worship every Sunday, and eventually grew into his own love for music and worship. In his Freshman year at Nyack College, Drew started to develop his skills in playing on worship teams and leading small groups.

In 2012, he went to Camp of the Woods and enrolled in the LIFT Discipleship Program, where the Lord developed his skills in Spiritual Leadership under the guidance of Tim Trezise and Kirk Gambrell. After his time in LIFT, Drew returned to Nyack and continued his studies. He holds a Bachelor’s Degree in Pastoral Ministry with a Minor in Bible and Theology. He has served on the Worship Team there as well as led worship at Bedford Community Church numerous times.

​Drew met his wife, Theresa, upon his return to Nyack. She holds a Bachelor’s in Childhood Education, as well as a Master’s Degree in Special Education. She has used her education to serve in her home church’s Children’s Program, and has also taught in Camp of the Woods’ Christian Education Program. They welcomed their baby girl, Sarah Lee, in May of 2021. Drew and Theresa love to play sports, spend time in the outdoors, watch Netflix shows together, and share wisecracks with each other.